A look back on two years


This past Tuesday, while being historic for other reasons, was also our two year anniversary. It's pretty incredible to look back, especially on the past year. Exactly one year ago, Shelsy and I were visiting Florida for our first anniversary and trying to make a decision about whether we wanted to move or not.

It's pretty crazy how much can change in a year. Not only did we decide to move, but we're having a baby! On top of that, I'm still unemployed. But God continues to take care of us in fairly miraculous ways, providing everything we need and then some. 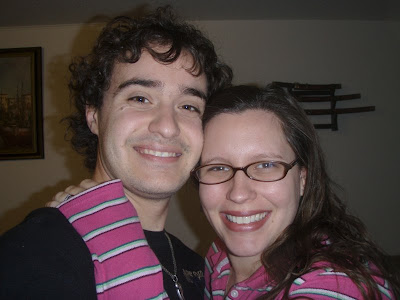 If someone had told us when we first got married that in two years we'd be living in Florida, having a baby, and be unemployed for nearly a year, I would never have believed them. But here we are and we couldn't be happier. It's a major testament to God's incredible plan and the blessings He pours out when we follow that plan.

And who knows where we'll be two years from now! A lot can change in a short period of time, and we're very excited to see what His plan will bring next. :-)