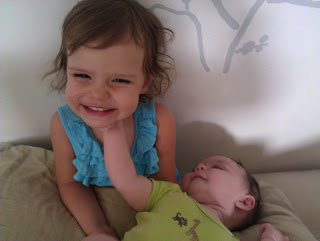 Evan is getting bigger by the day. He's now up to 15.5 pounds. It's practically an Olympic sport to hold him. He constantly tries to propel himself out of my arms and across the room. And he just rolled over today for the first time! 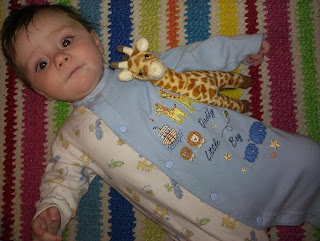 Mom came to visit for a week, which was a lot of fun. Evan loves the awesome quilt she made for him! Shanna also dropped in for a couple of days--one of which we went to Animal Kingdom. Amber had a great time, as always. 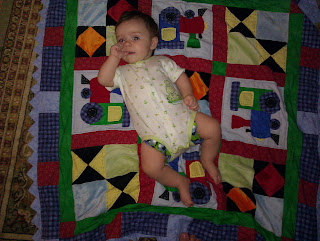 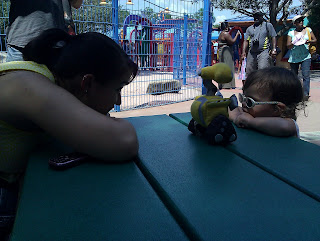 My birthday was also this month--I'm 28 now, which sounds old to me. Much more than 27 did, anyway. Other than that, not much difference. :-)

We got a new car! Ryan traded in his Mustang, which served him (and me) so well for so many years. But, it was time. We're old now, and we have two kids, so we bumped up to a minivan. It looks really strange sitting out in the parking lot next to the Lancer. But we're super excited about it. It's awesome to have so much space! Plus, we're planning on driving to PA a couple of times this winter, and this is going to make the trip a hundred million times easier.

It was kind of sad, though, to see the Mustang go. Amber never got to ride in it (I don't think her carseat would even fit in there). I'm not even sure if she knew it was our car--she rarely saw Ryan driving it. But we took a picture of her with it before Ryan drove it off for the last time. This way when she's a teenager we have proof that her dad actually did have a cool car once. :-) 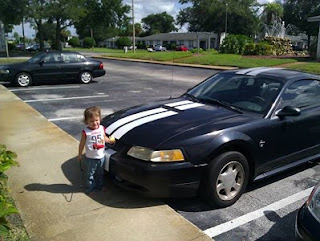 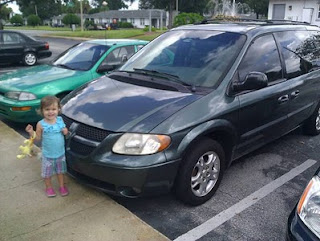