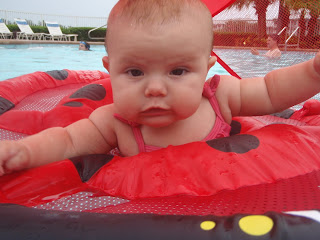 July isn't even over yet and this has already been quite a month! Her Grandma, Aunt Shanna, and Uncle Aaron came down to visit for two weeks, and were joined by other visitors at different points during their stay. It was very exciting! And very busy. :-)

They arrived on the 4th, and Amber was all ready to go in her 4th of July outfit (the back of it is blue with stars). 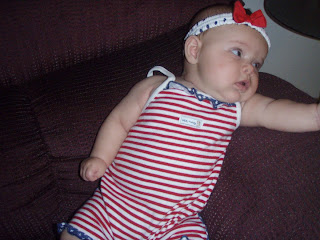 The next day we were joined by the O'Neills and we went all kinds of fun places! We hit some of the parks, of course. Here are a couple of pictures of us at SeaWorld: 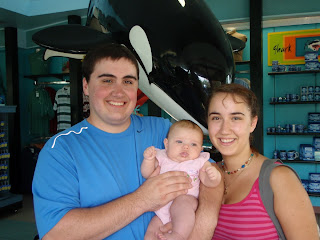 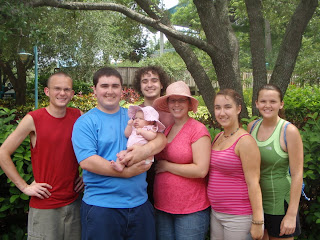 And here's a picture of her hanging out with Uncle Aaron at Universal: 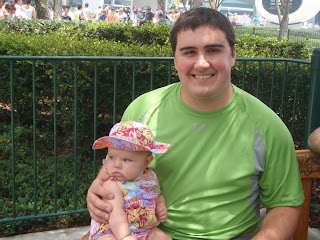 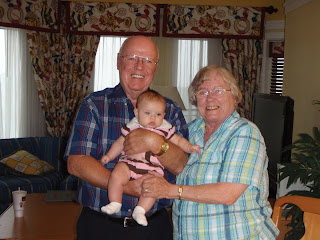 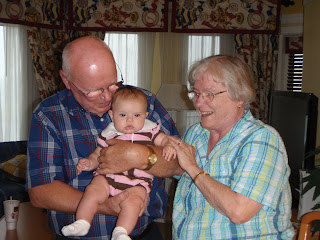 And of course her grandparents and great grandparents were fully prepared to spoil her rotten. :-) Papa made her some beautiful wooden puzzles. I can't wait until she's old enough to play with them!
This one has the alphabet painted on the other side! 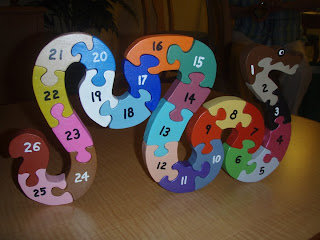 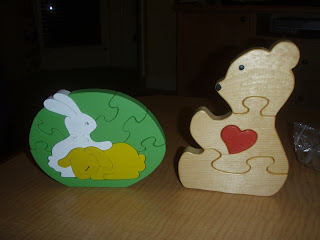 We went to Downtown Disney and, as I said, she got very spoiled! This Mickey was the first thing she's ever really grabbed and put in her mouth. As soon as Nana showed it to her she started chewing on his ear! She continued to chew on his ear (and anything else we gave her) for the rest of the week. 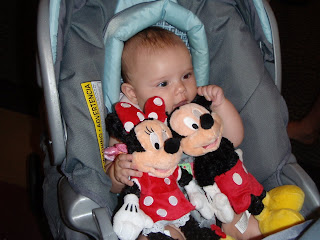 She was also dedicated at church on the 18th. We were excited that Ryan's family and his grandparents were able to be there. We were planning on having her dedicated anyway, but we were glad that it happened to fall during the time they would be here! 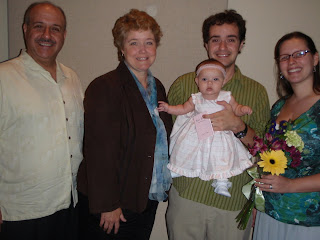 We did some swimming while they were here, which is always fun. Amber seems to really enjoy the water. Here's a video of her making some of her signature noises to express her excitement.

Speaking of noises, the day after everyone left, she started doing this screaming thing. It's just a new noise she figured out, so she enjoys practicing all the time. It's very loud and high pitched and gives me a headache. But it's hilarious at the same time. I've started referring to her affectionately as my pterodactyl baby. Mom thinks she'll sing higher than Mariah Carey if she keeps it up. See for yourself:
.