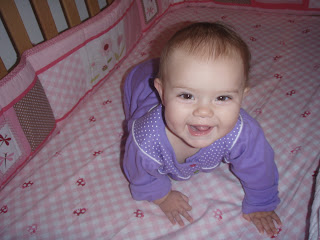 On New Year's Eve Ryan's family got here for a visit, including his grandparents and Aunt Kathy from Iowa. They stayed in a hotel near SeaWorld, so we went to visit them every day. We didn't really do anything for New Year's Eve--they had just gotten in and Ryan had to work early the next day. But we had dinner and then headed home. We celebrated Christmas the next day--it was so nice being able to celebrate with both of our families the week before and the week after Christmas! 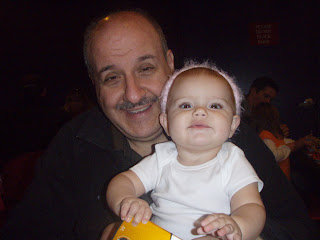 We went to Epcot, Animal Kingdom, and Downtown Disney while they were here. It was a lot of fun, and we also had some relaxed time at the hotel to just catch up and hang out. Oh yeah, and it was FREEZING the whole time they were here. We were getting record-breaking temperatures for about two weeks. It was not fun. And I felt bad that they were visiting and it wasn't even nice weather, although it was still considerably warmer than where they were coming from! 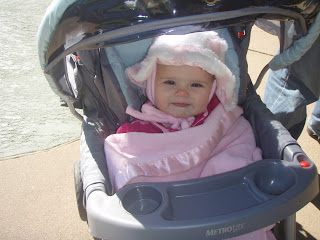 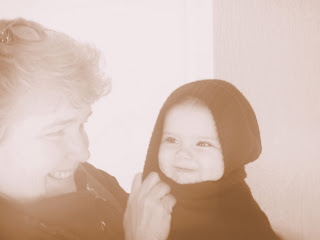 And Shanna was finishing her time with the Disney College Program that week also. She and Karen stayed an extra couple of days while she got packed up and ready to move out. We celebrated Ryan's birthday together and then she headed back to PA. We're definitely going to miss having her around. :-( 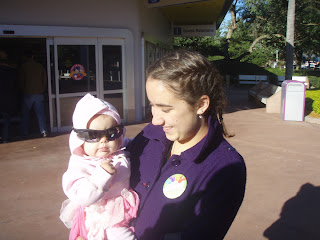 And of course, Amber turned nine months old on the 2nd. The time is seriously flying. She weighed 21 pounds with the cast on. She had it removed on the 12th. She had some dry skin on her leg, but other than that, she was no worse for wear. It took her about a day to stop moving that leg all weird, but by the next day she was crawling!  She had tried with the cast, and could crawl on her belly and make forward progress around the beginning of the month, but when she got the cast off she had no trouble putting it all together. She's already started acting like she wants to pull up soon. Without the cast she weighs 19 pounds, 11 ounces and is 28 1/4 inches long.